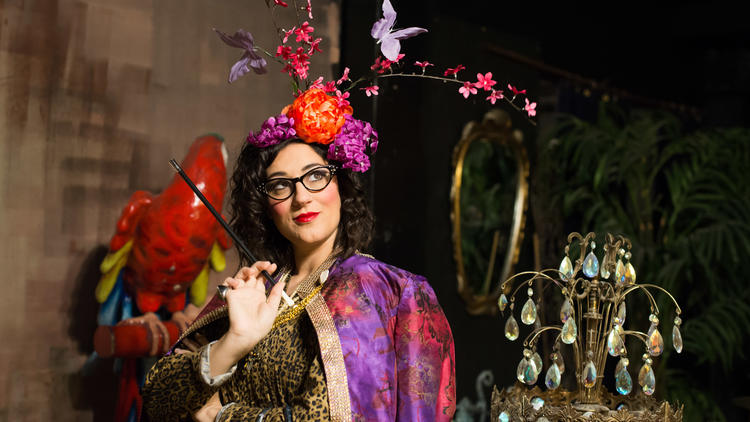 (May 7, 2017) -- Critic John von Rhein writes: ...Bolcom's gifts as a composer for the lyric stage are readily apparent regardless of the stylistic nests he raids. "Lucrezia," set in 19th-century Spain, is a sly contemporary take on the popular Spanish music theater tradition known as zarzuela. Tangos, fandangos, waltzes, even snatches of ragtime and jazz pepper Bolcom's musical pastiche, accompanied by piano four hands and punctuating Campbell's pun-laced libretto. Silly sophistication, if you will, and no less enjoyable for it....

...Bolcom's immense skills as a songwriter bestriding the classical and popular realms are on winning display in the cabaret prelude to the show.