Performances in Ireland in October and November, 2018 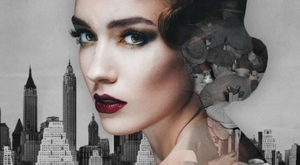 Set in Depression-era Manhattan, the Kaufman–Ferber play revolves around an ill-fated dinner organized by Millicent Jordan, a society hostess labelled “vapid” by the playwrights themselves. In the week preceding the party, Millicent’s husband, Oliver, is diagnosed with a fatal heart disorder and discovers that his struggling shipping line has become the object of a hostile takeover; their daughter Paula’s lover (dissipated matinée idol Larry Renault, also an invitee) stages a theatrical suicide; the guests of honor, an English lord and lady, blow off the engagement and decamp for Florida; and the cook’s pièce de résistance, a much-hyperbolized lobster in aspic, comes crashing to the kitchen floor…  In adapting the witty and biting depression-era play by George S. Kaufman and Edna Ferber, Pulitzer- Prize and Grammy Award-winning composer William Bolcom (A view from the Bridge, A Wedding ), and renowned librettist Mark Campbell (Silent Night, The Shining, Elizabeth Cree) have created a winning new work that successfully weds American musical comedy and opera.

A co-production with Minnesota Opera and Atlanta Opera