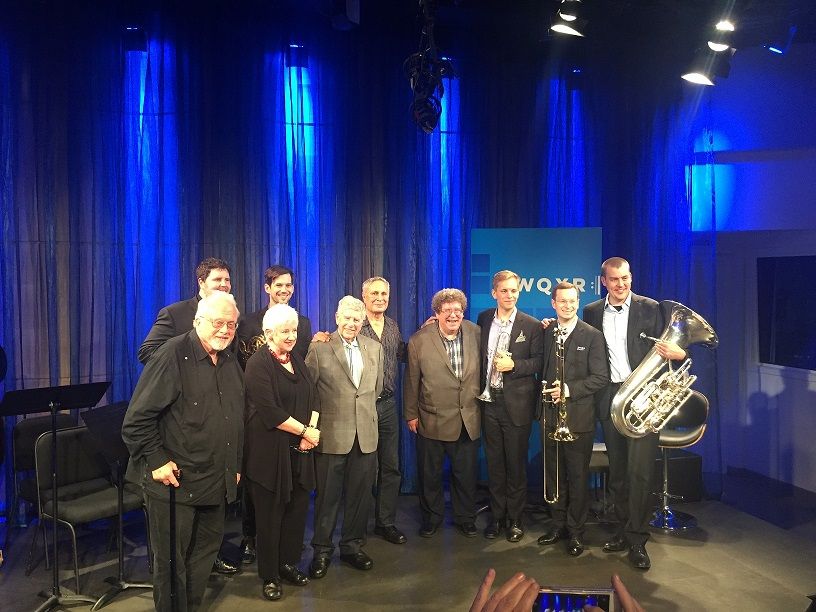 The Gaudete Quintet and Bolcom & Morris performed in a live-streamed event for the 40th Anniversary of WQXR's Young Artists Showcase.

On October 24, 2017 New York City's classical radio station, WQXR, celebrated the 40th anniversary of its Young Artists Showcase, a weekly radio show hosted by Robert Sherman that has heard performances of such artists as Nadja Salerno-Sonnenberg, Joshua Bell, and Matt Haimovitz early in their careers. For the occasion they commissioned a new piece for brass quintet, Anniversary Rag, from William Bolcom that was premiered by the Gaudete Quintet. Mr. Bolcom and his wife Joan Morris also performed at the event. It may be seen in its entirety online at WQXR's livestream: https://livestream.com/accounts/955973/events/7750556