Larry Palmer writes in the March 2016 issue of The Diapason on Bolcom's works for solo harpsichord, including Le Fantome du Clavecin and The Vicarage Garden. 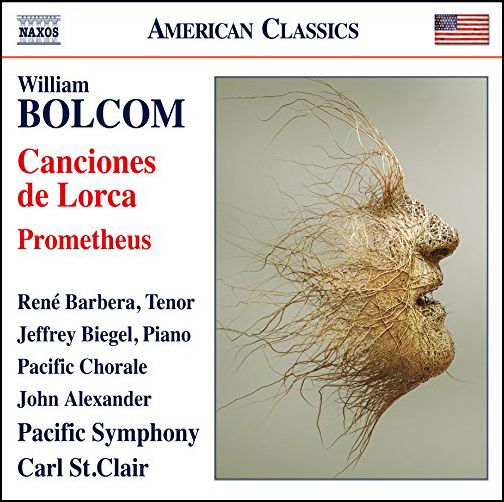 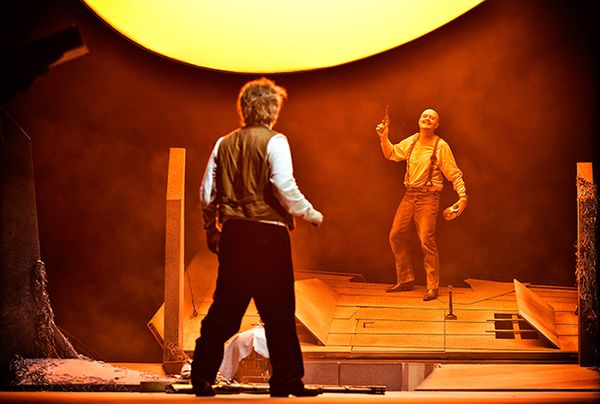 Guy Livingston talks with conductor Dennis Russell Davies, publisher Evan Hause, and Bill Bolcom himself about McTeague. Is this tragic opera Dadaist? Or a darker version of Broadway? Or a new genre?

Interview June 10, 2014 - Bill discusses the creative or compositional process from beginning to end with a few stories in between! He also mentions current and upcoming projects including the Grant Park Festival. 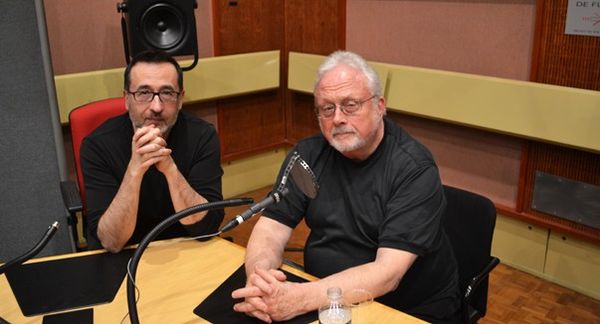 On March 13, 2014 William Bolcom was interviewed by one of France's leading music critics, Renaud Machart,  in the studio of France Musique in Paris.

Speech given at the EROI (Eastman Rochester Organ Initiative) Festival

I’ll bet I am one of a very small percentage of non-organists in this room, if not the only one.  Having known and worked with organists for a long time, and even having once been invited to a Calgary convention to judge organ playing, I feel like a welcome guest among you.   Organists constitute a large and, at least in my experience, collegial group.

It is well known that small audiences are commonplace nowadays in orchestral concerts. It’s pleasant to talk about outreach programs as possible solutions to audience indifference, but one of the most used outreach efforts in the last several decades was the increase in “pops” programs, which have rarely reaped the hoped-for financial benefits (and were tough on orchestral morale). Something more fundamental to the orchestra’s existence needs to be addressed. We need not only to rethink the orchestra’s position in society; it might be a good time to rethink the makeup of the orchestra itself.

William Bolcom has always made his own way. Throughout his career, which has produced symphonies, operas, chamber pieces, and piano and vocal works, the Seattle-born, Michigan-based composer has often rejected the prevailing notions of what “serious” music should include.

He was among the first to revive the piano rag form, and with his wife, mezzo-soprano Joan Morris, has explored the American song repertoire in concert and recordings for over 35 years. Bolcom, who won multiple Grammy Awards for his setting of William Blake’s “Songs of Innocence and of Experience,” was awarded the Pulitzer Prize in 1988 for Twelve New Études for piano. At 71, he continues to compose. This week, the New Century Chamber Orchestra will perform his Three Rags and Serenata Notturna. Later this season, the ensemble will premiere his newest work, Romanza. I spoke to him by phone in Ann Arbor, Michigan.

Speech at the Reception and Induction of New Members of Phi Kappa Phi
March 15, 2009

Thank you for inviting me to speak to you. I’ll be talking to you today about something very much on my mind, the continuation of artistic health in a hostile environment. I should qualify that remark: it is often said that America is a philistine country toward the arts, and there is some truth to that. But I would contend that perhaps in some ways the US relative lack of support might have been healthier for these arts in some ways than the European state support has proven to be, which I’ll come to later. The comparisons of the two scenes, at the admittedly anecdotal level I can cite in my own history as composer for concert hall, cabaret, stage, opera, ballet, film — in other words what a busy composer does these days in the 20th and 21st centuries — will be the basis for my text. 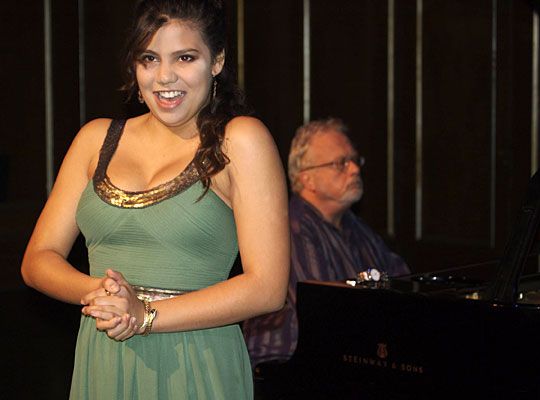 Listen to the story at National Public Radio

December 31, 2008 - This week, gifted young musicians gather at Boston's New England Conservatory to perform music by an American original — William Bolcom, who joins them in a concert of his music. A 17-year-old violinist plays the "Graceful Ghost" rag, a 14-year-old soprano enlivens a campy cabaret song, and a teen string quartet performs music Bolcom wrote at age 12.

If Michael Barrett and I were to create our own musical Mount Rushmore, we would have to start with sixty-foot sculptures of Leonard Bernstein and William Bolcom. We might argue about the other two profiles—I’d be lobbying for Carlo Maria Giulini, and Michael would be pushing for Robert Schumann—but Lenny and Bill would certainly have pride of place. 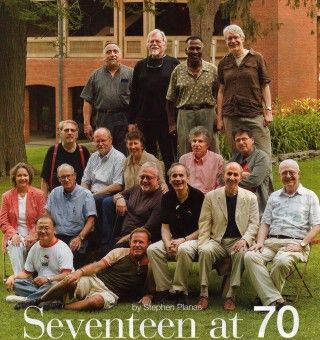 Symphony Magazine (July/August 2008)
The "Generation of 1938" - 17 remarkable American composers born in (or almost in) 1938 - were feted with a festival of their music at the Festival of Contemporary Music at Tanglewood in 2007.